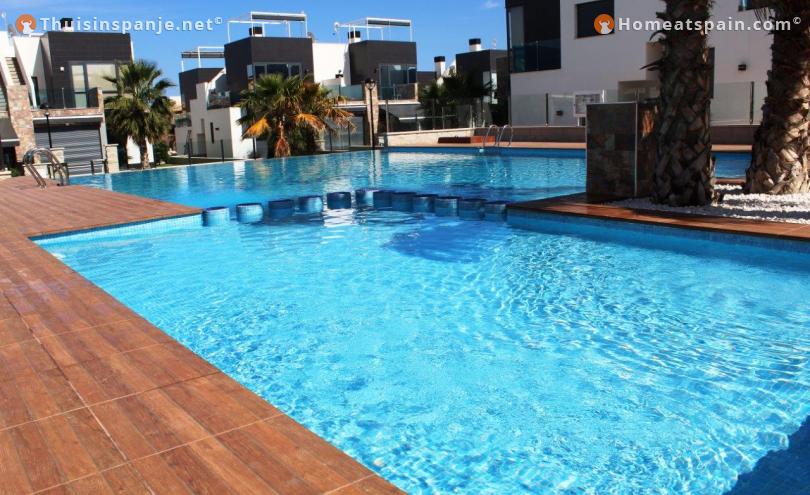 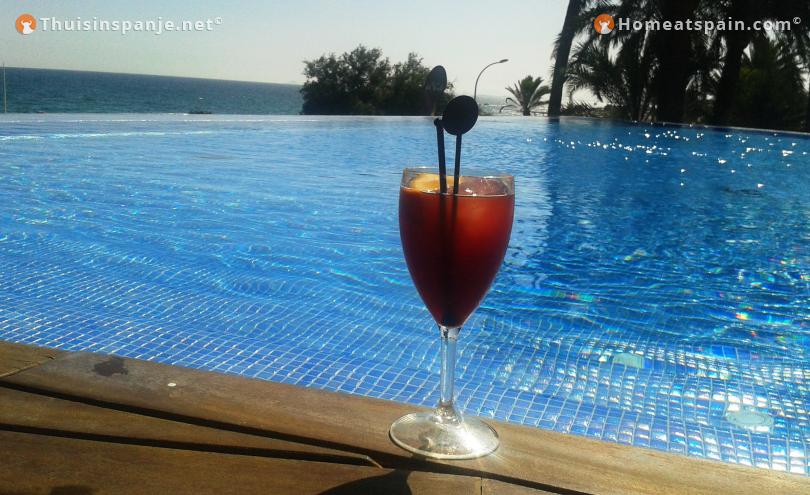 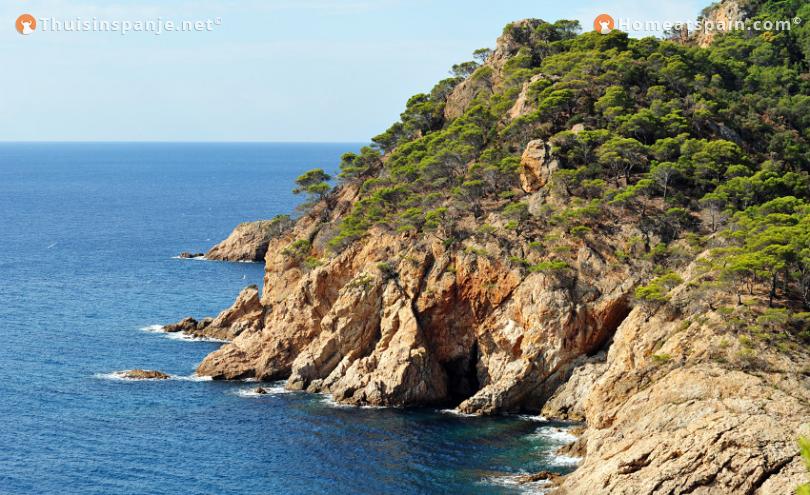 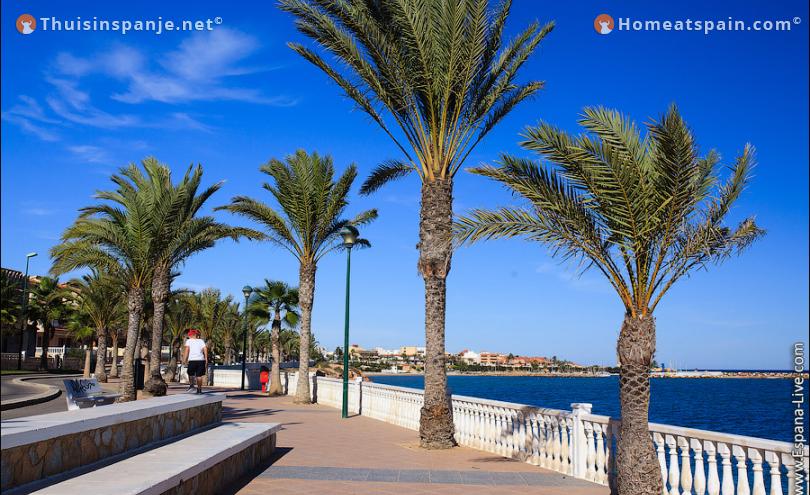 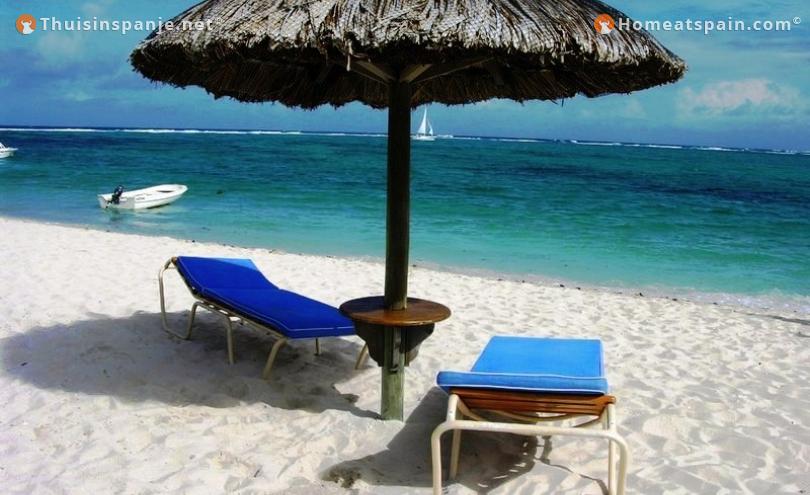 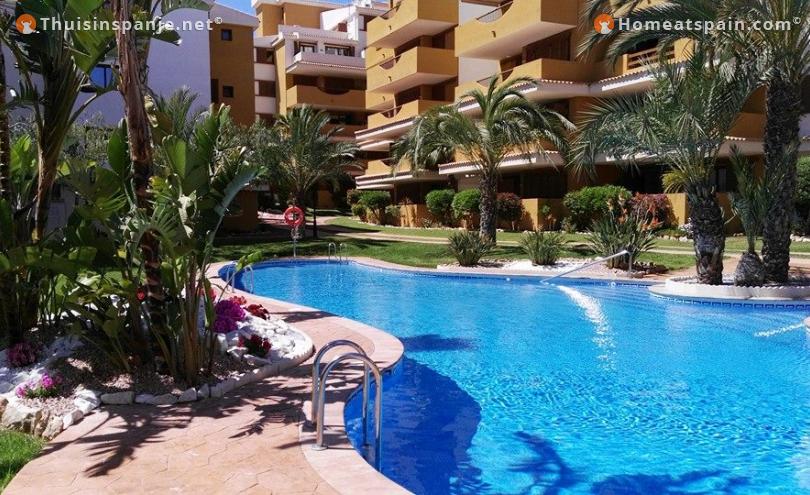 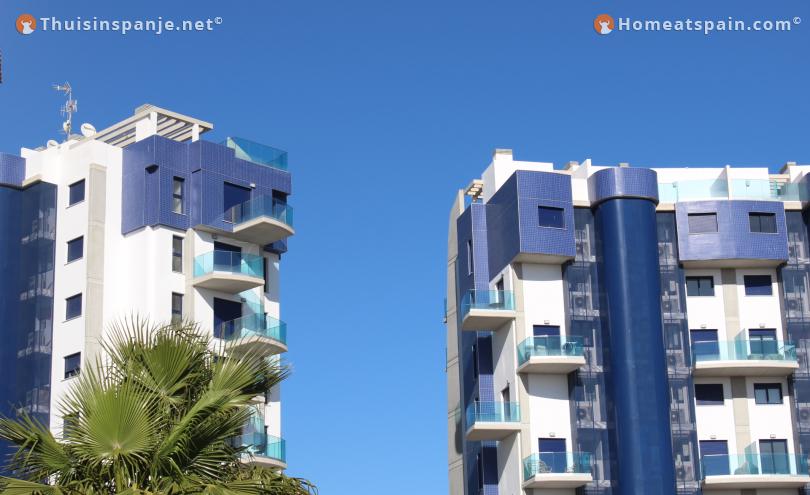 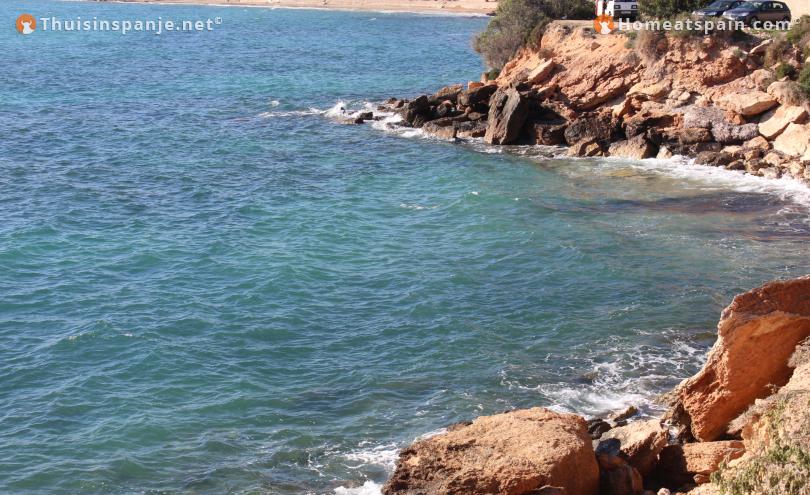 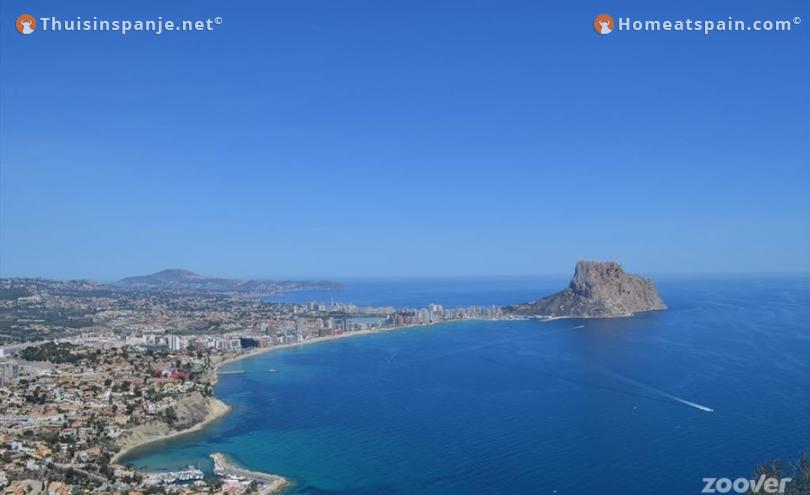 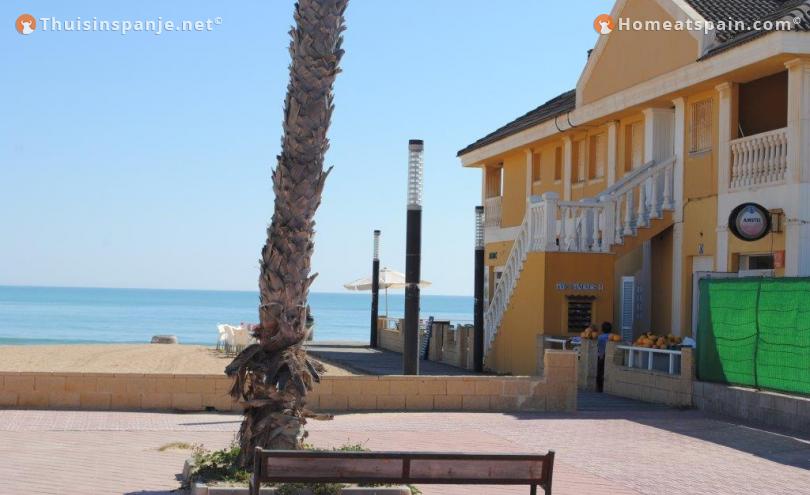 Welcome on the Costa Blanca

The Costa Blanca is located on the east side of the Spanish mainland. In the south, the region borders on the Costa Calida in the province of Murcia and in the north on the Costa Dorada in the province of Valencia. The Costa Blanca is located less than 2.5 hours from the Netherlands and can be reached via 3 airports. These are El Altet near Alicante, San Javier near Murcia and Valencia airport. This way you can easily reach your holiday address and Spanishholidaydeals.com

You can fly from many airports in Europe to Alicante ore Murcia airport to the Costa Blanca. You can do this with Transavia, Easyjet, Ryanair, Jerair fly, etc. The Costa Blanca has no time difference with the Netherlands and you can go well in the tourist resorts with English and German. However, a little beginners Spanish is particularly appreciated.

Beaches and climate
The Costa Blanca has many good beaches. They are generally broad, long and covered with fine golden sand. The most popular beaches on the Costa Blanca are located around Alicante, Guardamar, Santa Pola, Torre la Mata, La Marina, Torrevieja and Benidorm. It is said that the beaches at Benidorm are the whitest in Spain.

The Costa blanca owes its name to the many almond trees and kilometers of white beaches and is on average 50 meters wide which attracts many sunbathers and pleasure seekers. Most sandy beaches are easily accessible by car to close to the beach. The stands gradually drain into the sea and are therefore very suitable for children. The beaches are guarded in the high season by lifeguards and are often equipped with play equipment. Remember that the popular, large beaches can be very busy in high season. Fortunately, the beaches are long and wide enough to find a place for everyone. Nudist beaches are also to be found on the Costa Blanca and especially on the nudist beach of La Marina is wonderful to stay.

The Costa Blanca is one of the sunniest areas in Europe with 300 days of sun per year. The average temperature in the winter is about 16ºC. In the spring and autumn the average temperature is around 22ºC and in summer the temperature is about 33ºC. Due to the low humidity and a cool breeze from the sea, it still feels pleasant despite this temperature. The inlands of Spain are a lot warmer. The months of July and August are the hottest. In the second week of August, most Spaniards are on holiday and travel en masse, especially from Madrid to the Costa Blanca for cooling off. 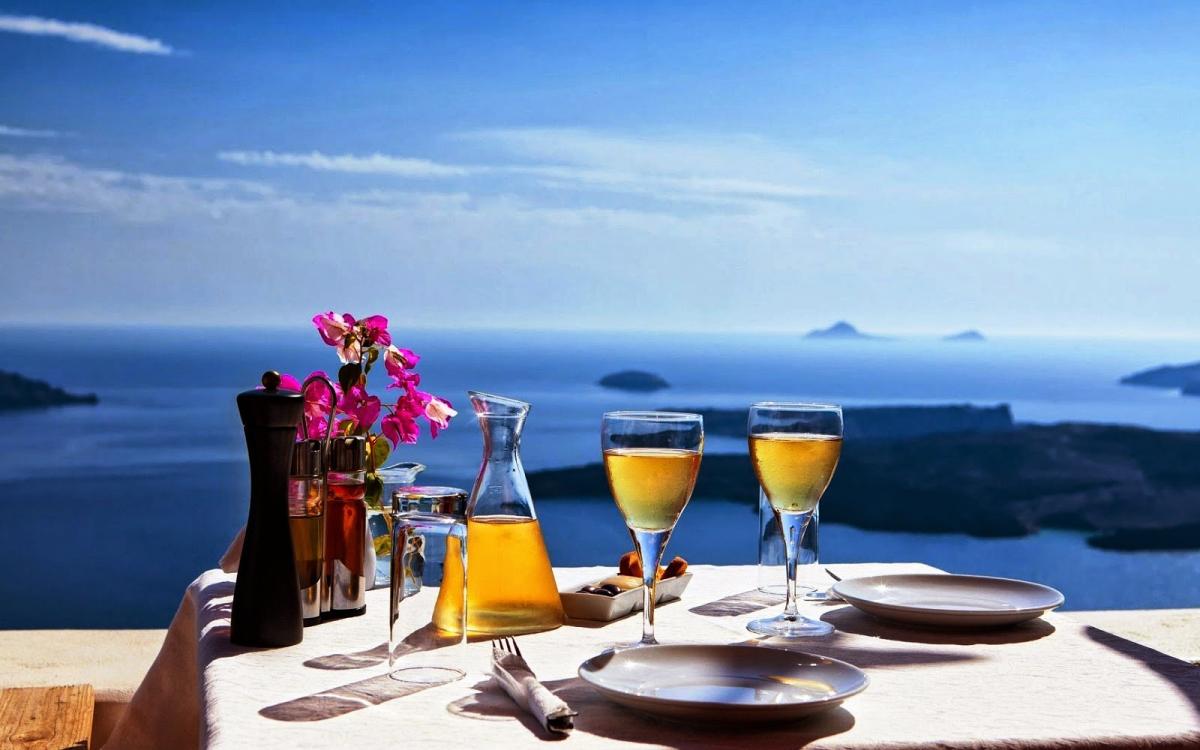 The Costa Blanca is also suitable for true culture lovers. However, those who are willing to rent a car and go into the interior. A visit to the beautiful city of Valencia should at least be on the program for culture lovers. In addition, various amusement parks and water parks can be found in the hinterland.

Apart from Valencia there is also plenty to see. For example, think of Castle Santa Barbara in Alicante or the picturesque mountain village of Guadalest. The worth seeing Guadalest can be reached via the typical mountain village of Callosa D'en Sarrià. Guadalest is built against the rocks and is located on a clear blue reservoir.

Also a jeep safari through the hinterland, an organized trip through the palm grove of Elche or a visit to one of the spectacular nightclubs in Elche is definitely worth it. In Elche you can also visit the Priests Garden with a wide variety of plants, shrubs, cacti and the famous eight tribal Imperial Palm. You can visit the 17th century St. Mary's Church, located in the old city center, where the Passion Game: "The Mystery of Elche" is performed every year.

The beautiful historic castle of Santa Barbara in Alicante, originally an Arab fortress, is also worth a visit. The castle is located on the Benacantil hill from where you have a beautiful view over the city.

Price level
Spain is no longer as cheap as it used to be. Nevertheless, the price level is still about 30 percent lower than that of the UK and ven more in Scandinavian. What is certainly cheap, are shoes, leather goods, lace, pottery, some clothing and of course going out. But you can also think of driving and fixed loads if you live in Spain.

Shopping
Especially in Benidorm you can get everything you are looking for and the shops are equipped for the many tourists who visit the seaside resort every year. In the old town you can also find a number of authentic shops with, for example, handmade tablecloths and typical Spanish food. Since September 2012, the new mega shopping center Zenia Boulevard has been opened. Zenia Boulevard is located in La Zenia on the Orihuela Costa in the south of the Costa Blanca.

In Valencia, a city that is well worth a visit, you will find many fashionable and modern shops. Most stores are open from 9 am to 2 pm and from 5 pm to 7 pm. In tourist centers the shops are open until 22:00. Most stores are closed on Saturday afternoon and Sunday. The Dutch-oriented stores usually use the opening hours as in the Netherlands. Spain also has many supermarket chains such as Carrefour and Mercadona, which are very popular with the Northern Europeans. At the Carrefour you can really get everything and you can decorate your entire (second) home here.

Going out
On the Costa Blanca you will find a large number of restaurants. Ranging from tourist business to typical Spanish restaurants and tapas bars. In the tourist centers the fast food content is quite high and you can also find Italian, Chinese and Dutch restaurants. In the old town of Benidorm you will find many nice bars, restaurants and pubs. An absolute must is a visit to tapas bar La Cava Aragonesa. You can also feel at home in one of the many Dutch pubs. In the evening it is very nice in the bars on the beach. Dancing in the early hours in Benidorm is of course also possible. In Benidorm everything is possible and actually throughout the year!

renting a holiday apartment resort, villa or house renting or buying and selling or hibernate in the costa blanca in spain with beach sun and sea